Joe Simpson has a lot to teach us about focus and the power of small, manageable, smart goals. Goals saved his life.

When faced with an enormous task, smart goals can break it down to manageable pieces. Joe Simpson instinctively knew that he must save himself with specific, measurable, attainable, realistic and timely goals. These small chunks helped him to crawl to safety in a story that is extraordinary and unbelievable

A Broken Leg, a Blizzard and a Cut Rope

In 1985 Joe Simpson was 19,000 ft. up at the top of Siula Grande in the Peruvian Andes on the 4500 ft. West Face. He fell, severely breaking his leg. Storms were coming; he and his partner, Simon Yates, were out of heating fuel; and Simon and Joe were climbing Alpine style, which means that they had no camps along the climb, no extra supplies, no help.

Simon made a terrible decision. He cut the rope and let Joe fall.

Joe fell into a crevasse and landed on a ledge. After realizing that Simon would not find him, he lowered himself 150 more feet to the crevasse floor, and climbed up 130 feet through a side passage out of the crevasse.

He crawled, slid, hobbled and fell for miles and miles, across glacier and rock bed to get back to the basecamp.

And he did this all with no water, no food, frostbitten fingers, and a leg that was completely shattered.

How did he do it?

Joe Simpson from “Touching the Void” directed by Kevin Macdonald and produced in 2003.

Joe’s story is a gut-wrenching example of SMART goal setting. And while it may seem incongruous to compare how Joe survived his life and death ordeal to setting goals in our small, ordinary lives, I believe that Joe’s story is a testament to how powerful this technique is.

Over and over, Joe set small, doable goals to get his life back. He clung to these little tasks and had laser focus in their completion.

He got his life back 20 minutes at a time.

“I started to look at things and think, ‘If I can get to that crevasse over there in 20 minutes, that’s what I’m going to do.’ … And it became obsessive. I don’t know why I did it. I think I knew the big picture of what was happening to me, and what I had to do was so big, I couldn’t deal with it.”

Joe Simpson from the movie “Touching the Void”.

Never have I heard such dramatic and poignant use of SMART goals. Crawl for 20 minutes to the next rock. Then crawl for 20 minutes more. Specific. Measurable. Attainable. Realistic. Timely. Over and over. Joe focused his mind on the small goals he could manage instead of being overwhelmed at the enormity of his situation.

“I’d look at a rock and go, ‘Right, I’ll get there in 20 minutes.’ Once I’d decided I was going to get that distance in 20 minutes, I bloody well was gonna do it. And it would help me because I’d get halfway through the distance and I would be in such pain, I just couldn’t bear the thought of getting up and falling again. But I’d look at the time and think, ‘I’ve got to get there.’ ”

Joe Simpson from the movie “Touching the Void”.

His focus was complete. His goals were his only attention.

One of the ways to face a stressful situation is to break it into smaller tasks, and have each task very attainable and with measurable results.

While most people use this method to manage normal life circumstances or to complete a project at work, Joe Simpson did exactly this when is saved himself in 1985.

Joe crawled off a mountain, with a leg that was so badly broken that his lower leg was pushed up through his knee, splitting the bone above. He crawled for miles until he finally reached safety.

For Joe, his SMART goals literally saved his life. Unlike most of us, Joe’s stress was not a function of modern life–stress which has perceived negative consequences but not actual life-threatening risk. Despite the difference between Joe’s circumstances and ours, Joe’s story offers great help to us all.

Extreme stories like Joe’s are beacons to what is important in less extreme circumstances. Whenever I feel a task is too big or against all odds, I remember Joe crawling 20 minutes to the next boulder. Completing one simple job within a big project, making it through one difficult day during an emotional crisis, reacting one time with patience and humor instead of anger, one step at a time, we can all make our bigger goals. 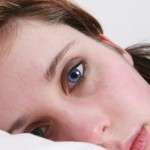 There are many ways to improve your sleep and relaxation that are natural and healthy. Obviously, the first step to alleviate your stress related insomnia is to reduce stress. But once you can’t sleep, try these ideas to get your rest and feel refreshed.

Nine Ways to Get to Sleep 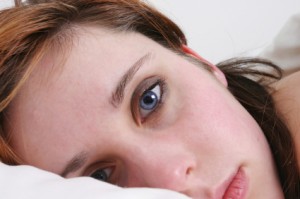 Having a good sleep and stress relief are both possible with aromatherapy. Essential oils are excellent and soothing the nervous system. Find out which oils are best to start with and have a great sleep.

Insomnia is the poster child of aromatherapy. 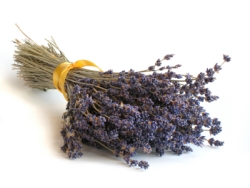 If any condition has been studied and restudied to see the affects of essential oils, it is insomnia, and the oil of the day is lavender.

However, as effective as lavender is to promote a good night’s sleep, there are many other oils which can be equally beneficial to relieving sleep disorders.

Why Can’t you Sleep?

The first factor to look at with sleep disorders is the root cause of the insomnia.

Can the cause be corrected by a behavioral change (eating earlier in the day, reducing alcohol or caffeine consumption, etc.)?

If there is a cause below the insomnia, then it is always best to address that cause in addition to the insomnia.

To begin, assess your daily routines and make any behavioral changes which make sleep as easy as possible. Exercise, eat early in the evening, avoid stimulants, etc. Make everything in your bedroom ready to suggest sleep, so put away any work, business materials or anything that stimulates your mind.

Choose one of the following oils and give it a try. If it doesn’t give you relief, then try the next one. Aromatherapy gives quick results, so suffering night after night, hoping that an oil will work will not usually change the results. Each body is different so you may need to find the oil especially suited to you.

How to Use Essential Oils to Improve Sleep and Stress Relief

There are several ways to use these oils to improve your sleep and stress relief. You can inhale the aroma by putting a drop on a tissue near your bed, or using a diffuser. Any way you can enjoy the scent will bring the relaxing effects to your body. Inhalation is most recommended for emotional support.

You can also use the oils topically. Rub a drop or two on your palms and then rub it on your arms. You can put a drop on your chest so that you smell it during the night. If you want the benefits of the oil, but you don’t want to smell it, rub some on the soles of your feet. The oils can penetrate your skin and soothe your nerves.

Aromatherapy can be used for emotional, spiritual and physical relief of all your stress symptoms. You can use them everyday for many common tasks. Anytime you inhale the oils, you receive the benefits of them. 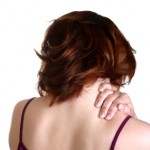 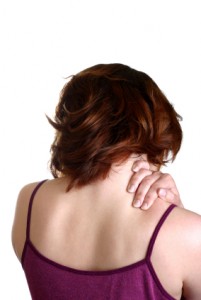 Yet self massage is a great way to get the benefits of massage when you don’t have someone to give you a massage.

Massage is one of the best antidotes to stress. It is very hard to ground yourself and stay calm when you are in the throes of a stress attack. But, when your headache goes away, and you can move your neck again, you can figure out your next steps. You have clarity. You feel like yourself.

Massage can be used a number of ways. Sometimes it is great to massage for the sheer luxury of it. Many women enjoy massaging their feet just because it feels so good. Instant relaxation.

But other times you may massage certain parts of your body because they are in pain. Massaging your shoulder muscles (the trapezius) can relieve some headaches. Massaging you posterior neck muscles can relieve neck pain and stiffness.

The Benefits of Massage

Massage offers many benefits which are very helpful to reduce stress and increase relaxation.

To Learn Self Massage Techniques

You have a few options to learn how to massage yourself.

You can start with general massage like “How to Massage your Foot“. Any massage, anywhere will increase your relaxation.

Or, if you have specific pain you want to alleviate, look at the pain charts to see where the source of your pain may be. The pain you feel from stress is not always where your tense muscle is.

Sometimes pain is referred. For example, the muscles on the side of your neck (scalenes) can be tense but you feel the pain down your arm and into your hand.

I have grouped the massages by muscle group. Don’t get bogged down by this. If you want to just give yourself a massage, ignore the muscle names and pick your body part.

If you want an online yoga workout, then My Yoga on Gaiam TV (affiliate link) is your yoga paradise. With hundreds of videos available on demand, with unlimited downloads, it’s the Mecca of online yoga classes.

The beauty of My Yoga is its variety. To reduce stress, you may need a restorative yoga workout one day, and an energizing one the next. Maybe you need instructions on stretching at work. Maybe you need prenatal yoga. One day you want a 60 minute workout, and the next day you only have 10 minutes.

My Yoga has hundreds of workouts, from dozens of teachers. There are many yoga styles, and many different themes in the yoga practices: short practices, long practices, beginner, advanced, pilates, meditation–My Yoga has so many choices that you’re bound to find something that suits you. It is truly a library of online yoga workouts. If you want a truly flexible program, one that can accommodate your every mood, every interest, every physical concern, My Yoga is your online yoga program.

My Yoga on Gaiam TV Features: